Language plays a big part in how we communicate about suicide. Unfortunately, it can be challenging to know how to communicate well about suicide and avoid being hurtful. But you can make small changes in your language that can help reduce the stigma of suicide in your own community, amongst your family and friends group.

The stigma surrounding mental illness and suicide can often prevent people from speaking out or reaching out.

Our friends at Mindframe have provided guidelines and suggestions for discussing this sensitive issue. You can help reduce the stigma of suicide by using this guide when talking to friends, family and in your workplace.

Try not to present suicide as a desired outcome.

Try not to associate suicide with crime or sin.

Gratuitous use of the term 'suicide'.

You can help reduce the stigma.

When communicating about suicide, be mindful of:

Anyone can learn the skills to help save a life from suicide.
Find out more about Lifeline Training and Learn how to recognise when someone may be at risk of suicide and respond in ways that help increase their immediate safety and link them to further support.
lifelinedirect.org.au/training
Share on Facebook Share on Twitter Send via email 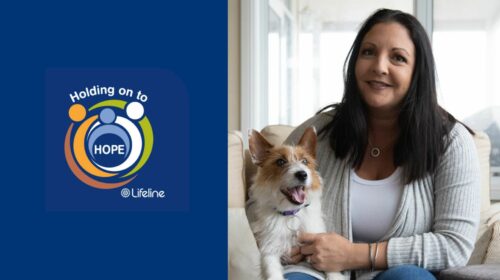